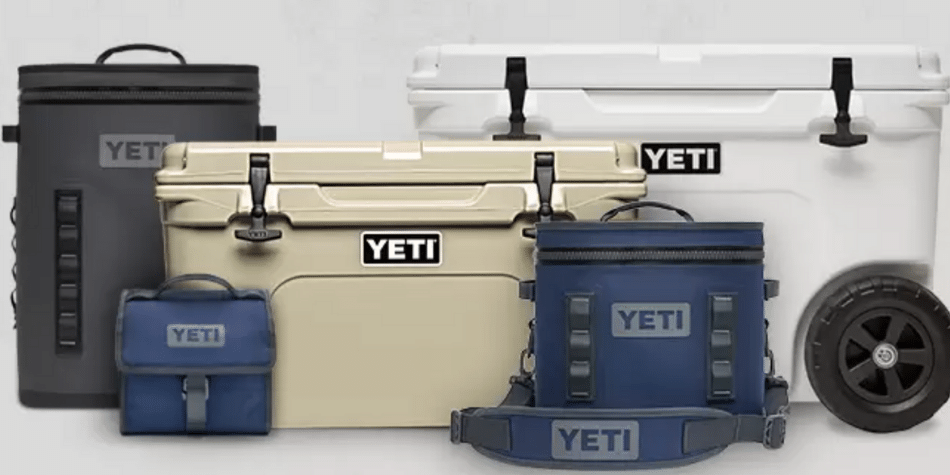 THE ABOMINABLE SNOWMAN….. Hell, even Harry is a well-known name in the mythical story about the YETI!

But let's be frank.  You've  not clicked your way here to find out about Himalayan Folklore.

Finding out what is the Best YETI Cooler is the aim of the game right?

You're considering parting with a not-insugnificant-amout-of-cash.

On a piece of plastic.

To keep your beveages ice-cold when you'e off camping at the weekend.

In that case, I've got you covered.

Yeti Coolers are INCREDIBLE. They attract A TON of hype.  You'll have seen hoardes of their raving fans at campgrounds and RV Parks on the 4th of July.

Have you ever supped from a luke-warm-Bud on a hot day?

You might have a smile on your face in front of you buddies. But frankly you are waiting to see who's gonna give up on the brewski first.

Owning a YETI means your friends will all be hanging around the tail of your F-Series like high-school-chicks at an Ed Sheeran concert.

With a YETI, these NIGHTMARES will be a thing of the past.

YETI Coolers have you covered. PERIOD! 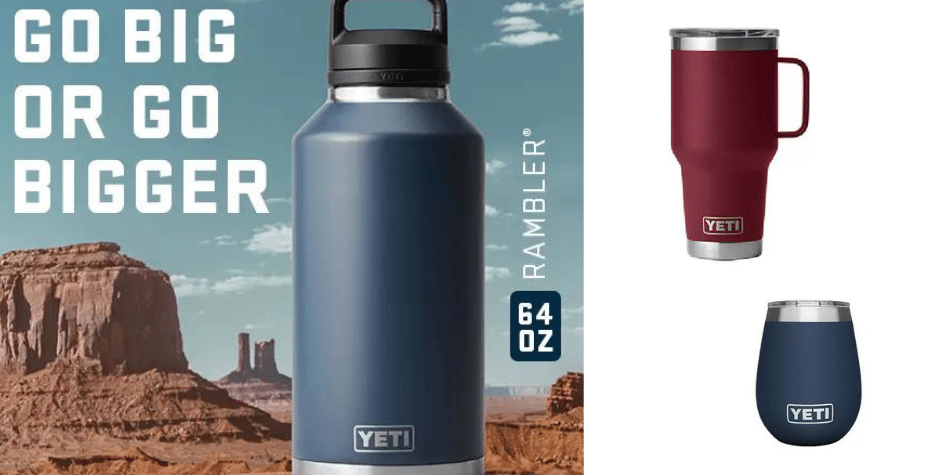 Whether your'e mountain biking, hiking or just spending a heap of time in the great outdoors, there's one thing you need to be sure of: Keeping HYDRATED!

Will warm water do the trick?  Of course it will when you're in a pinch.

But on a hot day. When you've been putting in the miles. In your favourite National Park. You're gonna be crying out for a cold beverage!

No matter what the activity, Yeti's products will have you covered.  From tumblers to water bottles. Lunch boxes to the epic TUNDRA 110, let's find the best YETI products for ya!

The Yeti TUNDRA cooler is quite frankly The Shit! What makes this hard sided cooler so good?

It is Strong as Fuck!  I swear that this thing will survive the APOCOLYPSE.

Why should you care? Yeti TUNDRAs are  expensive coolers. You may have to try and justify this expense to your significant other.

Think of it this way.  The Tundra will last you a lifetime.  The one piece rotomoulded plastic case could withstand Big Foot pounding on this badboy all day long.  The TUNDRA is not gonna break.

That means it doubles up as a step, a table, a chair…. The Posssibilities are endless!  If you can't come up with a reason, other than the YETI keeping all of your consumables fresher than an Alsakan Glacier…Frankly, your not trying hard enough.

So whcih one should I get Chris? 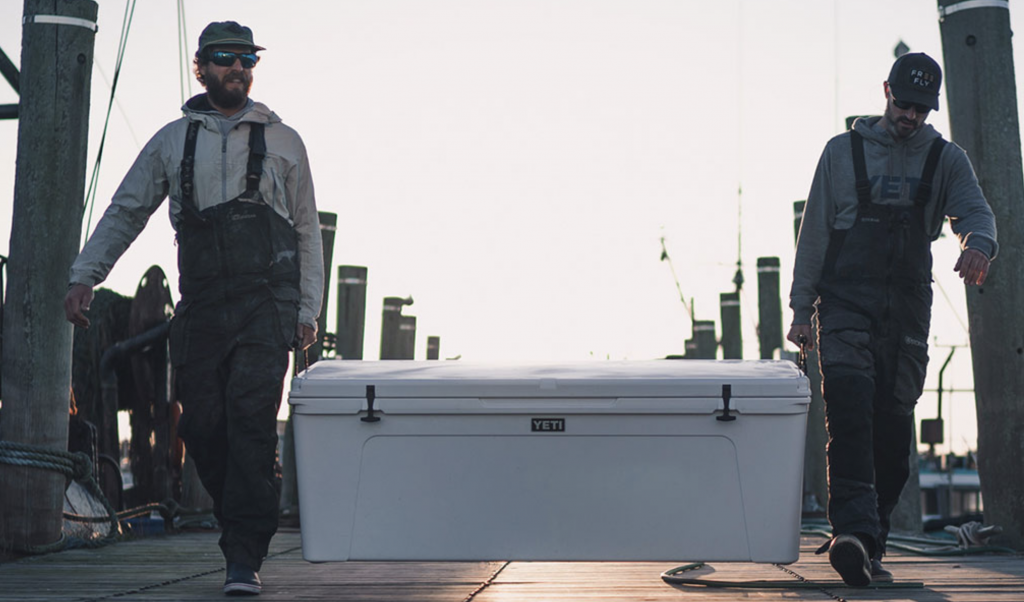 Like a big family of Sasqwatch, youv'e got 11 TUNDRAs to choose from.  If you're going hunting or fishing for a week, the enormous 350 will gobble up all of your kills and catches with ease.  You cana bring home the bacon and be sure it will be as fresh as the day you made the kill!

And let's be frank.  You're time hunting and fishing is precious.  If you're current cooler isn't man enough for the challenge JUST GET THE TUNDRA 350.

Don't need to dispose of your neighbour's remains in the Everglades?

OK. You'll need something smaller.  The TUNDRA 35 holds on to 21 cans of ICE-COLD-BUD. Depending on your drinking prowess. And the amount of people in your group. The 35 will keep you merry for ALL WEEKEND!

I also like the TUNDRA 35 when I'm grilling in the backyard. Or when I'm camping. Cold beer and fresh steaks after a long hike. My mouth is already watering as I think about it!

The Tundra 35 is also the lowest price in the range. That should mean minimal nagging from the long-haired-general. A.K.A THE WIFE!

AT less than the price of a designer handbag or Jimmy Choo shoes. AND's gonna get a TON-MORE-USE. Just go ahead and BUY THE DAMN THING!

No Gas Station for 4 Hours? Check!

You need a YETI CUP.

The RAMBLER 30 Oz is the best YETI cup you can buy.  This thing will keep your hot beverage. At Satan-like-temperatures. On a road trip across ALASKA!

I've even been caught out by the Rambler. Going over potholes that my F-Series struggled with. A mis-timed sip at hour 5. 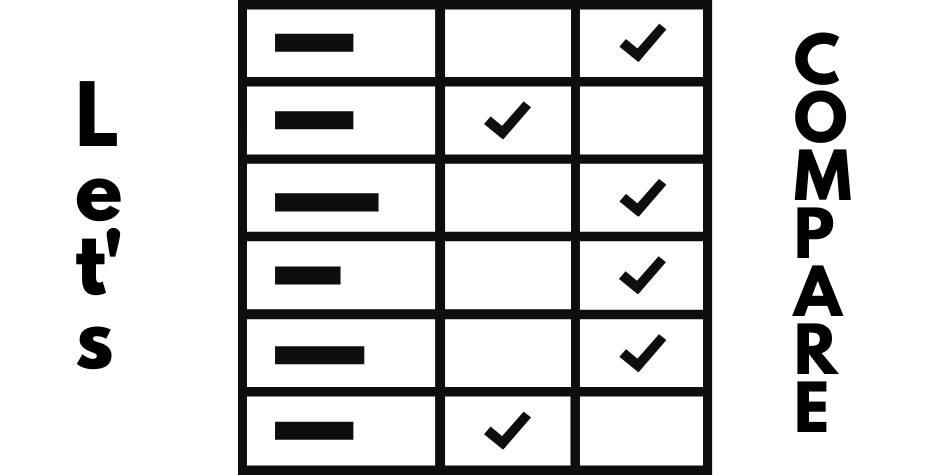 As guys we OBSESS about size.

What engine are you gonna go for on your SUV?

Which guage rifle is best for hunting elk?

You get the Picture!

Stands to reason that you're gonna put a whole-heap-of-attention on the best Yeti cooler size to get.

Get the Yeti cooler that BEST SUITS your NEEDS!

I know that's controversial.  As guys we're just not wired up that way. But trust me…..

Getting the wrong size'll have some obvious and not-so-obvious drawbacks.

Not-So-Obvious: Too big – If you don't fill your yeti to start with. You'll actually reduce the amount of time your yeti keeps things cool!

Having empty space impacts the temperature inside the cooler. So before you do the normal-man-thing….

Choosing the Tundra 350 for your 6-pack of bud light and pack of Oscar Mayer Classics – THINK AGAIN!

Ask yourself these simple questions and go from there.

Will you have to carry your Yeti? (solo trip – with GF – Group of guys)

Will you bring anything back from your trip? (Hunting – fishing etc)

Check out the chart below. It's got the low-down showing which is the best yeti cooler size to go for.

Best Yeti Cooler For The Beach 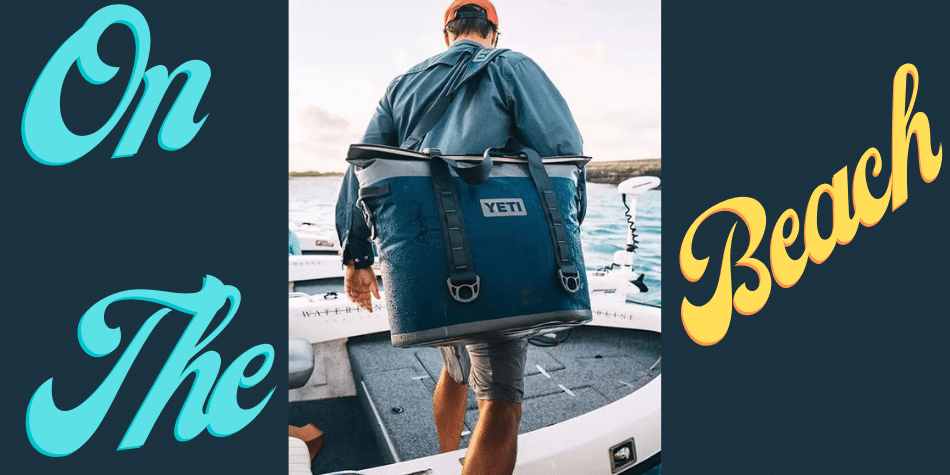 We all love hot days chilling at the beach.  Sun's-out-Gun's-out Right?

A shitty cooler'll stop that in a flash.

Ever had the misfortune of keeping kids hydrated at the beach? And you've had a COOLER MALFUNCTION.

You know exactly what I mean!

Small enough to carry along with all of your other gear, The Roadie 24 is my YETI favorite for the beach.

You'll have ice cold bear all day long and it's even designed to take bottles of wine so Las Chicas'll be happy too!!

Like Danny Devito, the Roadi 24 is compact.  It easily fits behind the drivers seat. If you're taking this cooler on a boat or stacking it in the back of your pick-up, it works with Yeti's Tie-Down system as well. 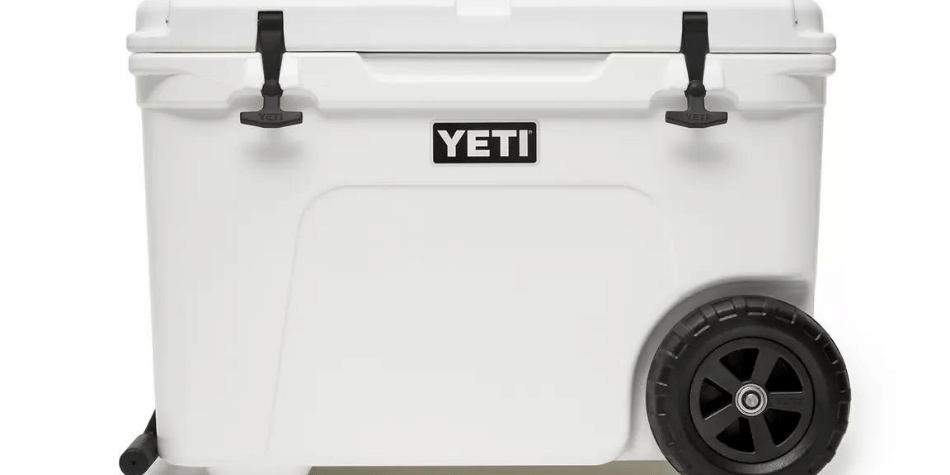 Roadie not going to keep you stocked up when you’re at the beach?

You're going to want something bigger.

Hauling 80+ cans of beer and 75 pounds of ice for your bachelor party at Miami Beach is gonna Blow.

What is the Best Yeti Beach cooler with wheels then?

The Yeti Tundra Haul.  This thing holds up to 45 cans of beer or 55 lbs of ice.  Unless your Tommy Boy, the Tundra Haul will keep you hydrated all-day-long!

Not only does the Haul hold a ton of beer.  It’s also incredibly easy on the inevitable long walk from the parking lot to the beach.

The strong handle is comfortable to grip and the angled design makes it easy to steer.  That said, the Yeti Tundra Haul is robust.  This thing is the Monster Truck of Ice coolers. No-one’s gonna face-up to you when it comes to finding that prime spot by the surf.

Best Soft Cooler for The Beach

Where the Tundra Haul may let you down though is super-soft sand.

As robust as those wheels are, they are always gonna struggle on those white sand beaches in Hawaii.

You guessed it. In my opinion Yeti makes the best soft cooler for the beach.

The Yeti Hopper Flip is what you need.

It holds up to 20 cans of beer or 24 pounds of ice.  Great for a small group of friends on a day out at the beach.

The zipper is leak proof. No spillage in the car. Great at keeping everything inside as cold as when you took out of the refrigerator.

GF never gonna stop giving you shit for spending the best part of your next pay check on an ice box?

There are tons of others to consider. I recommend any of these as the best yeti cooler alternative.

Let's not beat around the bush here.  The Yeti is not made in the U.S. Like most products these days.

If shopping for things made State-side is your thing. And putting Amrica First is top of your agenda…..

There is an American Made Yeti Alternative to consider.

And Igloo is proud to manufacture all of it's coolers in Texas.

This thing is solid and almost a third of the price of the Tundra.

I still had ice 4 days into a camping trip in Yellow Stone National Park.

Why did I upgrade?

I was blown away by the performace of the Yeti tumbler…and I am a complete sucker for sticking to the one brand!

However, if you just can't justify parting with the best part of $500 on an ice chest, you'll do just fine with the IGLOO.

Yeti was the first .

They pioneered and developed the tech.

They are HANDS DOWN the Best-on-the-Market.

In my humble but oh-so-very-accurate-opinion!

RTIC Coolers are one-of-a-ton of copycats that arguably offer better value than Yeti. Some would say they offer a distinctly better cooler. Yeti coolers might still be the best quality….. but the margins are slim.

RTIC straight-up reverse engineered the Tundra cooler. Had it made in China. And slashed the price.

Now, where have we seen this before…?

If I was looking for another, I'd look at RTIC.

They also offer a customizable service.  You know.  In case you want to pimp your cooler!

20% bigger than the Tundra 45 at 40% of the cost.  Well worth a look if you're on a budget and not worried about the extra weight. 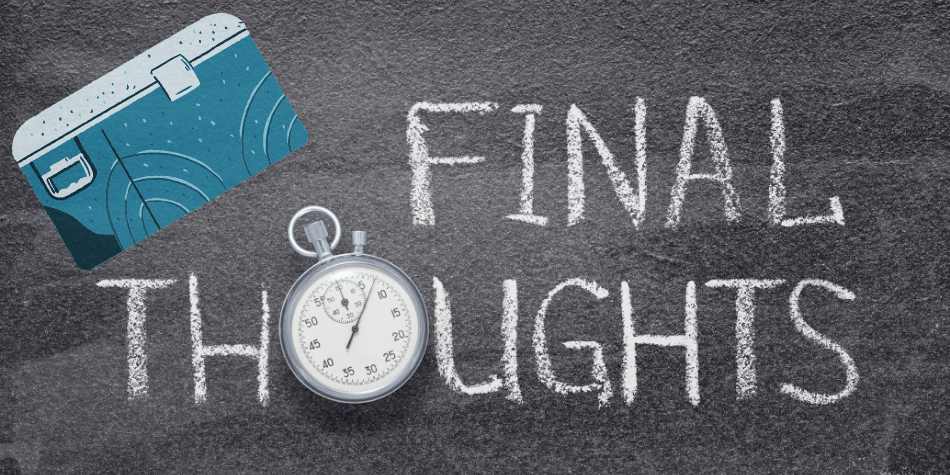 Yeti coolers are an investment.

They'll keep your food and drinks cold for days.

They're well-worth-the-price if you camp a lot. Especially if you  want to avoid warm beer on a hot summer day.

When you buy one, make sure it has enough space for all your needs!

Finally, if you liked this article, be sure to check this out next! 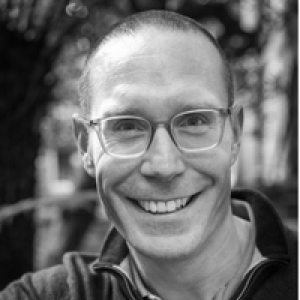 I have a love of technology and felt that working online could be something I could turn my hand to. After more hours than I care to admit, I finally came to the decision that I should stop watching videos and reading about how to make a living online, and instead actually have a go and do something about it….. 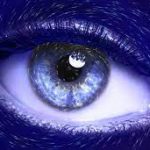 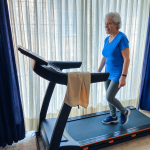 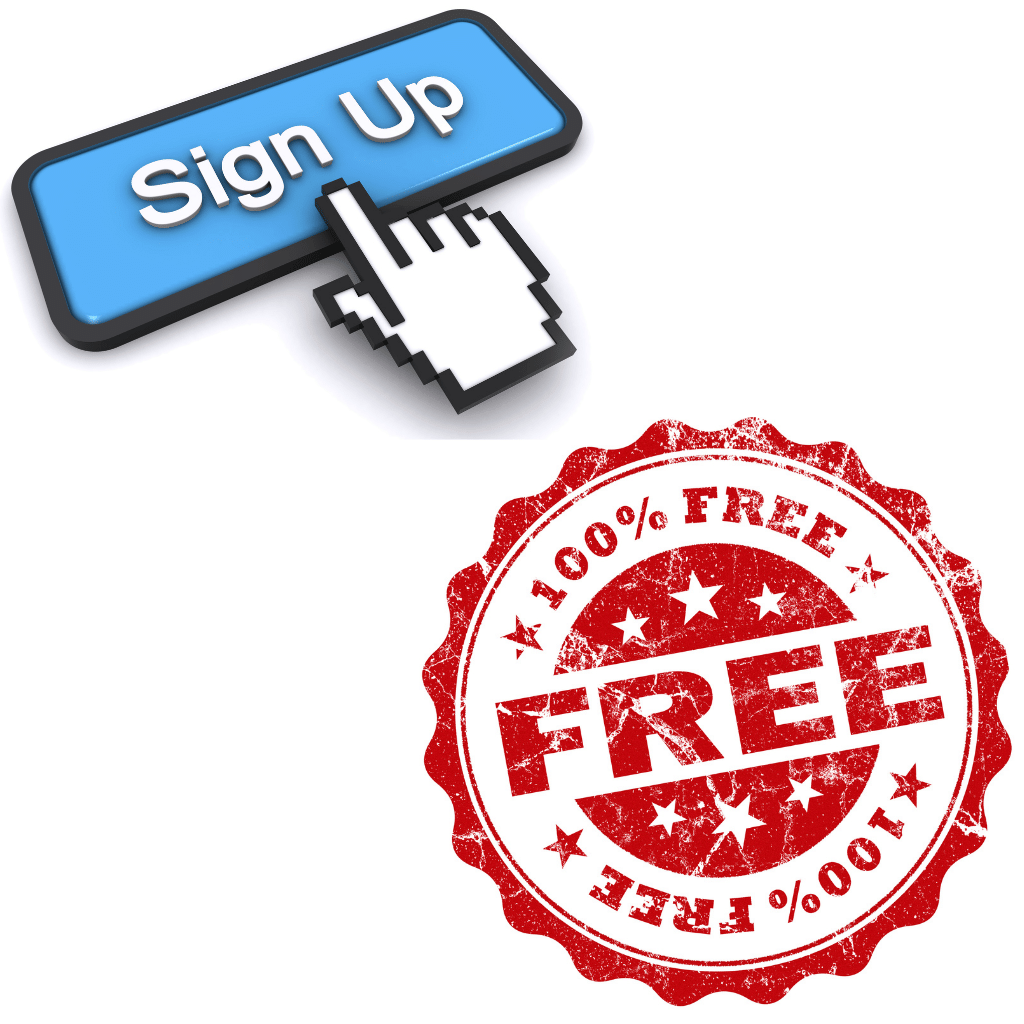 Sign Up for the Best Offers and Save up to 30%

We partner with some of the most well-known brands to get you the best discounts possible.